There's not real theme between these two besides both being homeless so let's just skip over the introduction and get straight into this.

Tsu'tey: The finest warrior of the Omaticaya Clan and rival to Jake Sully. 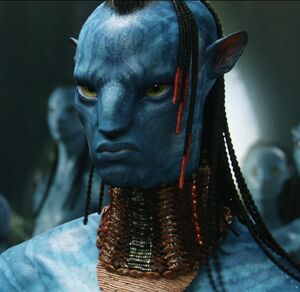 Tsu’tey was the greatest warrior of the Olo'eyktan clan of Na'vi on the planet Pandora. When Jake Sully was first captured and brought before the clan, Tsu'tey felt nothing but hostility for him, reminding his clansmen that Sully was only a "demon in a false body". His anger towards Jake only intensified after Jake mated with his bride to be and he lead a war band against the RDA forces after they destroyed the Tree of Voices.

After the RDA attacked and destroyed the Hometree, Tsu'tey was promoted to clan leader. He finally learned to trust Jake after was he able to tame and ride a Toruk and the pair led the Na'vi forces against the RDA to halt the bombing run of the Navi's sacred grounds. During the battle he attempted to stop the bomb vessel itself but despite putting up a good fight he was ultimately gunned down, being mercy killed by Jake after passing over leadership to him.

Tsu'tey's weapon of choice is his hunting bow. This bow is very long, at least two thirds the height of a Na'vi in length, which would put it at about 8 foot in length. It has a lot of penetration power, able to punch through the thick hides of Na'vi wildlife like the Sturmbeest and can even punch through the bullet proof glass of an AMP suit, although this is inconsistently shown as sometimes the arrows merely bounce off. Tsu'tey is also fond of using the bow as a impromptu melee weapon as well, swinging it like a staff to knock his opponents off their feet. 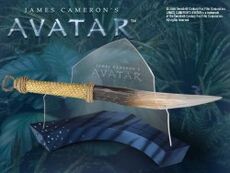 Tsu'tey also carries a hunting knife. While it's main use is for finishing off wounded prey or skinning it can also be used as a weapon, as showcased when Tsu'tey fights Jake at home tree. The blade is made from the claw of a Banshee. 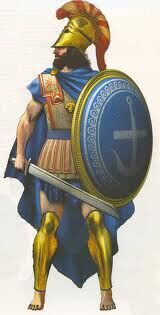 The Athenian Hoplites were the backbone of the Athenian Army. Athen had compulsory military service for 18 to 20 year old men but during war any man up to the age of 60 could be called up to serve in the army. Hoplites were the most famous and integral part of this army but not any man could serve as one as the cost of armour and weaponry was expensive, limiting it to those wealthy enough to afford the equipment. 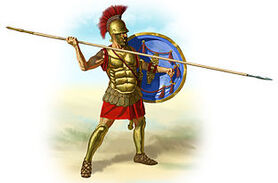 The primary weapon of the Hoplite was the Dory Spear. It was between 6 to 9 feet long with an bronze or iron tip and a spike on the rear of it which was used to stabilise the spear or as a secondary weapon should the spear head be broken. It was meant to be used one handed alongside the Aspis and was used to keep opponents at a distance.

Speaking of the Aspis, that was the second part of this combo. It was a wooden shield which was either covered in a thin sheet of bronze or had the bronze only around the rim. It has a diameter of around about 3 feet, weighs about 16lbs and was between 25mm-38mm thick. 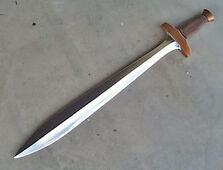 Hoplites would also have carried a Xhiphos as a backup. It was a iron or bronze sword which was between 1.5 to 2 foot long. While it could be used to both cut and thrust although it would've primarily used as a thrusting weapon and would only have been used if the spear was no longer usable.

The main pieces of armour for a hoplite were a bronze breast plate and greaves. The breastplate protected the front of the torso, with the greaves covering the lower legs, a bronze helmet with noseguard covering the head, and sometimes lamellar armour made up of bronze scales covering the lower torso and sides and back. The hoplite armour left the arms, legs, and neck exposed.

Tsu'tey is described as being the Omaticaya Clan's best warrior but his actual combat experience is fairly low. As far as we're aware he has no combat experience prior to the film and even in that he only takes part in two battles and one of those was an ambush rather than a pitched battle. He is undoubatly a skilled hunter and would've had a lot of experience in that regard but that isn't the same as actual warfare.

The hoplites meanwhile would've have extensive combat experience as Athens constant war with the neighbouring city states such as Sparta and Thebes as well as having fought against the Persian army on several occasions, including the famous battle of Thermopylae. However there is a pretty important caveat to this; the hoplites would've been used to pitched battles fought in a Phalanx so a small scale engagement like this would be unusual for them.

Na'vi are about ten foot tall and the males weigh about 463lbs so as you might expect Tsu'tey is a physical powerhouse. Na'vi are said to be about four times as strong as a human and this is show cased by Tsu'tey on many occasions as he easily picks up and throws grown men around with his bare hands and sends them flying with strikes from his bow.

The actual physical capabilities of the Hoplites would have varied because the requirements to become a hoplite were based on being able to afford the equipment rather than any physical standard. Needless to say however no matter how fit they were they would be no match for Tsu'tey in a physical brawl.

This is a eight on one battle.

Battle takes place on a dusty plain, with rocky outcrops scattered around which could be used as cover.

In order to be counted in full, votes must be at least 5 lines long or have been done in an edge format.

Anything less than 5 lines but which is competently argued and thought out will be counted as a half vote. I will inform anybody if their vote is considered a half vote and allow them to amend it to bring it up to a full point.

Irrelevant votes will not be counted at all.

I reserve the right to award a vote as half or discount it entirely for reason not mentioned here if I feel it is applicable.