The brain is an amazing thing. It manages every other system in the body, retains memories and knowledge, and occasionally, taps into a supernatural source of cosmic energy and grants psychic powers like telekinesis and telepathy. These sorts of powers can be some of the greatest in fiction - what good is strength, speed, or eye-lasers when the other guy can cripple you with a mere thought? Today, we'll be looking at two of fiction's most powerful users of psychokinesis: Emperor Palpatine, the Senate and the strongest Sith Lord in history, and Jean Grey, the Omega-level telepath of the X-Men! Let's find out which one of these mental manipulators is DEADLIEST! 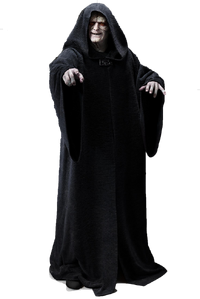 Sheev Palpatine, known to the Sith as Darth Sidious, is considered to be the most powerful Sith Lord ever. Palpatine was inducted into the Sith at an early age by Darth Plagueis. After learning all he could about the Force from Plagueis, he murdered him and took his place as Dark Lord of the Sith, as per the Rule of Two. He lived a public life as a senator, eventually reaching the position of Supreme Chancellor of the Galactic Republic. He chose Anakin Skywalker to be his apprentice and manipulated him into turning to the Dark Side as Darth Vader, after which he overthrew the Jedi and replaced the Republic with the Galactic Empire. Palpatine ruled the galaxy until the arrival of Anakin's son, Luke, whom Palpatine wished to replace Vader. Vader betrayed Palpatine and killed him, but his knowledge of the Force allowed him to cheat death multiple times and return to threaten the New Republic, until his fourth resurrection was interrupted and his spirit was dragged into the Force by the spirit of a dying Jedi, killing him for good.

Lightsabers: A lightsaber's blade is composed of a plasma that emits intense heat upon contact, allowing it to cut through almost anything. Palpatine constructed his pair of lightsabers out of a phrik alloy which is almost indestructible. He is a master of all forms of lightsaber combat and is one of the most accomplished duelists in history. Combined with the relevant Force abilities, he is capable of killing even experienced Jedi and Sith masters effortlessly in a matter of seconds. However, Palpatine holds disdain for melee combat, believing it to be beneath him, and he only engages in it as a way of mocking the Jedi.

Force powers are supernatural abilities manifested from an individual's connection to the Force, the energy field that binds everything in existence. Force powers are separated into three aspects: Control, mastering control of one's own body, Sense, attuning oneself to the environment, and Alter, affecting the world around oneself. There seems to be no limit to the range that a Force-sensitive can focus their powers; as long as they have an idea of where their target is located, they can be used across even thousands of light-years. There are dozens of known Force powers, and Sidious is familiar with all of them, having even invented a few of his own. The ones directly applicable to combat are listed below, but a comprehensive list of all know powers can be found here. Note that some of these abilities were invented only after Sidious's lifetime. 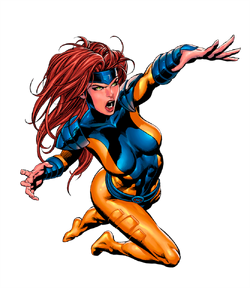 Jean Elaine Grey-Summers, also known as Marvel Girl and Phoenix, is a mutant with the powers of telepathy and telekinesis and one of the strongest psychics in the universe. After her powers first manifested during a traumatic incident, Jean was introduced to Charles Xavier and joined his School for Gifted Youngsters. The school was a cover for the X-Men, a team of mutants that battled against evil mutants, which she joined after she learned to control her powers. During a mission in space, Jean was nearly killed by cosmic radiation and saved by the Phoenix Force, a mysterious cosmic entity, which conveyed Jean to Earth and manifested itself into a form inspired by Jean and her psyche. The Phoenix Force quickly went mad, threatening the entire universe, until the part of Jean's mind that existed within took control, forcing the Force to destroy itself. Jean reawakened on Earth, but her trials were far from over. During her adventures with the X-Men, she would constantly struggle against the continuing influence of the Phoenix Force.

Fundamentally, telepathy is the ability to use one's mind to communicate with the minds of others. Jean takes this a step further by using her telepathic abilities to manipulate minds in a variety of ways, such as instantly absorbing knowledge and thoughts, erasing and replacing memories, sensing the presence of sentient beings, or when psychic powers are at work, and forcing targets into unconsciousness. Jean's telepathic powers have proven to be superior to those of Emma Frost, who could affect millions of minds across the Earth at once. She also proved capable of affecting Magneto and the Juggernaut through their helmets, which were thought to make them immune to telepathy, and piercing the defenses of other powerful telepaths, such as Professor X and Apocalypse, in addition to defending her mind against their influence. Jean's more unique telepathic powers include:

By projecting her psychic energy onto her environment, Jean can exert force on the objects around her. Jean can control hundreds of objects at one time, and her telekinetic grip is strong enough to stop an airliner mid-flight, restrain the Juggernaut, who could lift a skyscraper, and hold together a collapsing space station. Jean's more unique telekinetic powers include:

Sidious is an unrelenting monster of a human being who delights in violence. His sadistic tendencies often lead him to inflict horrible tortures upon his enemies and even his subordinates if they fail him. He uses his force powers in a variety of ways to inflict pain, such as slowly killing them with lightning or even repeatedly transferring their essence just to kill them again. His sadism can be detrimental, such as when his decision to torture Luke Skywalker led to him being distracted and killed for the first time, but all of Sidious's victims can be assured that they will suffer before the end.

As their ultimate goal is to increase the acceptance of mutants among humanity, the majority of the X-Men, including Jean, prefer not to kill their enemies if possible. Therefore, Jean usually attempts to defeat her enemies by telekinetically restraining them or rendering them unconscious through telepathy. However, Jean has been known to kill if she deems it necessary to save lives. When killing is on the table, Jean still tries to make her enemies' deaths as painless as possible, usually by doing something as simple as "turning off" their minds. She's got no issue with killing monsters, though.

As of The Empire Strikes Back, Palpatine has been a Sith for nearly seven decades, but has seen very little true combat; his experience in battle is mostly limited to his training with his master and apprentices. Much of his time has been spent working his way up the political ladder of the Galactic Republic and devising plans for the Empire, and much of the violence necessary to his schemes was done through his apprentices or other agents. However, his skill and talent for the Force has enabled him to overcome a handful of experienced Force-users in duels, such as Darth Maul, Savage Opress, and Mace Windu. He even proved to be an even match for Yoda, a Jedi Master with hundreds of years of experience.

As expected of an X-Man, Jean has seen more than her fair share of combat. Constantly going on missions to protect the world has become a way of life for her and her comrades, and their numerous foes include Magneto's Brotherhood of Evil Mutants, robots, mutant-hunters, dinosaurs, aliens, monsters, and countless others, not to mention her multiple experiences with struggling against the Phoenix Force. Most significantly, she has experience in fighting against several opponents with powers that are similar to hers, such as Emma Frost, Susan Storm, Apocalypse, and Madelyne Pryor, who is a clone of Jean with all of her powers.

Beneath all her telekinetic powers and defenses, Jean's body is, for the most part, that of a normal human. However, her mental powers have improved her reaction speed to superhuman levels, allowing her to perceive a sniper's bullet in mid-flight and telekinetically catch it before it can reach its target, or use her powers on Spider-Man faster than his precognitive spider-sense could warn him. Her stamina is also very impressive, as was demonstrated by the time she used her powers to help wounded civilians for three straight days and the numerous arduous psychic battles she has participated in.

Although he has the body of a feeble, old man, Sidious can use numerous Force powers to enhance his physical abilities. With Force Valor, Battlemind, and Force Body, he can give himself a superior form of an adrenaline rush, allowing him improved stamina, reflexes, and the ability to power through otherwise fatal wounds, such as a sustained blast from his own Force Lightning. With Force Speed, he can rush at and cut down opponents before they can react, moving so quickly that he appears invisible to security cameras. With Force Rage, he can tap into his hatred to boost his strength and speed even further, to the point that he could slay two Jedi Masters in close combat effortlessly, although he cannot maintain this additional boost for very long.

Palpatine has been studying the ways of the Sith ever since he was a child. His searches for ancient texts and artifacts that detailed lost Sith lore were what initially brought him to the attention of Darth Plagueis. Plagueis, the latest in a line of Sith that stretched back for a thousand years, who trained Palpatine as his apprentice for several decades, both teaching him mastery of Force powers and fostering his talent for manipulation. Palpatine's training was extremely harsh, with Plagueis often abandoning him in hostile environments where he was forced to master his abilities to survive. After completing his own training, Palpatine trained three apprentices of his own: Maul, Tyranus, and Vader.

Jean first enrolled in Xavier's School for Gifted Youngsters at the age of ten, and she has been training to master her powers ever since. Her time with the X-Men, X-Factor, and the other mutant superhero teams she has been a part of all involved frequent training, often on a daily basis in the X-Mansion's Danger Room, where all sorts of potential scenarios could be simulated. After a brief experience with time travel, a younger Jean from the past trained with the modern X-Men, changing the past so that she received some training even earlier than before. Jean can also bolster her knowledge by absorbing the experiences of others through telepathy.