Countless works of fiction have discussed the strength and the resolution of the human spirit. Even when confronted by insurmountable odds and when the truth is hidden in shadow, humanity has found a way to persevere, adapt, and survive into the future. Today, we'll look at two warriors who have taken the power of the human spirit to the extreme. They wield their fighting spirit as a weapon, using it to protect what they hold dear. They are Ichigo Kurosaki, the substitute soul reaper who's going to protect his friends, no matter what, and Yu Narukami, the Persona-user who saved his town from countless supernatural threats! Let's find out which spiritually empowered hero is DEADLIEST! 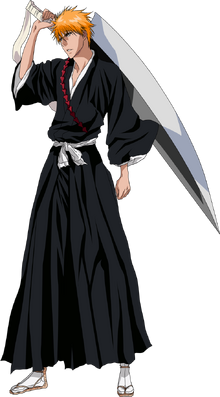 Ichigo Kurosaki was once an ordinary teenager that loved his family, enjoyed beating up delinquents, and had the power to see ghosts. Everything changed when he met Rukia Kuchiki, a shinigami, or soul reaper, whose job was to guide souls to the afterlife and battle evil spirits known as Hollows. Ichigo and Rukia ended up in a bind and she was forced to temporarily grant Ichigo the powers of a shinigami. The pair and their spiritually-empowered friends hung around Tokyo for a while, battling Hollows as Ichigo learned the ins and outs and being a shinigami, until Rukia was captured and sentenced to death by other shinigami for giving her powers to Ichigo. Refusing to take his friend's upcoming execution sitting down, Ichigo rallied his friends, trained with a mysterious mentor, and snuck into the afterlife, the Soul Society. After numerous encounters with shinigami, Ichigo discovered the first of his many hidden powers, saved Rukia, and returned to the realm of the living, but his trials were only just beginning. 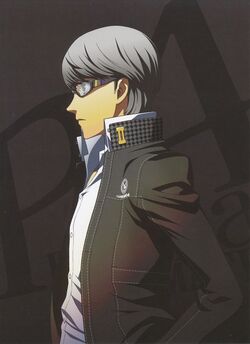 When his parents left to work abroad, ordinary high schooler Yu Narukami moved in with his uncle in the small town of Inaba. Yu quickly made friends, but things went awry when a mysterious fog arrived and two murder victims were discovered in the span of a few days. Yu happened to learn that he could access a dimension that existed behind television screens. Deciding to investigate further, Yu and his friends discovered that the TV world was populated by creatures called Shadows, monsters born from negative emotions, and that these creatures were responsible for the deaths of the murder victims. Furthermore, Yu and his friends gained the power to summon Personas, personifications of their personalities. Knowing the police would never believe the truth, Yu and his friends resolved to discover the identity of the killer responsible for forcing the victims into the TV world and protect the future victims.

As his enemies have all been Hollows and shinigami, Ichigo's never been faced with the prospect of killing anyone. Hollows are freed from the world of the living upon defeat and most shinigami have superhuman endurance, so Ichigo's always been free to hit his opponent as hard as he can.

Most of Yu's enemies have been Shadows, which aren't human and don't die upon being defeated. At the end of the day, Yu and his friends are just a group of teenagers trying to help their town. The only time they've faced the possibility of killing was against the man responsible for the serial murders, and even then they decided to choose justice over revenge.

Ichigo has only been a shinigami for a couple of months, but he's spent much of those months in combat-heavy sitatutions. For the first half, his life was frequently interrupted by attacks by Hollows, giant spirits that vary in size and shape. He even defeated a Menos Grande, one of the more dangerous classifications of Hollows. After entering the Soul Society, he clashed repeatedly against different professional shinigami, who all possess unique zanpakuto and bankai. Among these shinigami were Kenpachi Zaraki and Byakuya Kuchiki, two of the Soul Society's best warriors.

Yu's investigations and adventures in the TV world took place over the course of a year. Following this, he returned to Inaba twice which resulted in him being forced into tournaments where he fought in a series of one-on-one battles against other Persona-users. He also ventured into two alternate realities where he and his friends battled Shadows alongside other Persona-users, but he has lost the memories of those events. Yu's opponents in all of these adventures were mainly Shadows and Personas, both of which can vary wildly in shape, power, and ability. However, Yu's struggles were not constant and they left him with a lot of downtime to live a normal life. Also, he's spent most of his battles in a team, but his success in the tournaments have proven that he can hold his own alone.

Ichigo could hardly be considered a tactician. His strategy is all about moving fast enough to evade or block his enemy's attacks, hitting them as hard as he can, and finding the willpower to endure the most grievous of wounds. However, he is decently good at analyzing patterns and adapting to fighting styles, but his victories have come mainly through being stronger, faster, or tougher than the other guy. Additionally, Ichigo has a sense of honor that compels him to fight in a "proper" way, only using his bankai when it becomes necessary and rejecting the aid of his inner Hollow.

As the appointed leader of the Investigation Team, Yu is their commander in battle. He's quick to take note of his enemies' strengths and weaknesses and effectively apply his own team's powers against them accordingly. Time and time again, Yu's leadership has brought the group to victory against impossible odds. However, most of his feats of strategy have occured with the help of his friends' Personas and the navigator-type Persona of his girlfriend, Rise Kujikawa.

Having suddenly become a shinigami under dire circumstances, Ichigo had little time for formal training. Rukia Kuchiki taught him the basics of combat tactics, which helped him survive his first encounters with Hollows. After resolving to enter the Soul Society, he was trained intensely by two ancient and highly experienced shinigami, Urahara and Yoruichi. However, most of these training sessions were focused on getting Ichigo to unlock new powers that already existed within him rather than learning how to fight effectively.

Yu had no formal training of any kind. He was the first of his friends to gain a Persona, and thus had to figure out the ins and outs of using a Persona and physical combat on the fly. It worked out for him, though, and he became the strongest member of the Investigation Team.