Achilles and Patroclus vs Gilgamesh and Enkidu

Happy Brogust, everyone! To do my part in this long-awaited celebration of bros, dudes, guys, and general friendly manliness, I'll be digging into ancient mythology to bring two of the most famous pairs of bros in all of human literature. They are Achilles and Patroclus, the two Greek heroes and lifelong companions who fought in the Trojan War until their lives ended in tragedy, and Gilgamesh and Enkidu, the Mesopotamian king and wild man duo whose friendship defied the gods! Their bodies are strong, their friendship is stronger, and they might even be more than friends, but who is DEADLIEST? 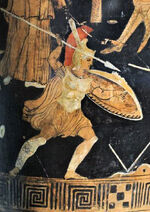 Born as the son of the hero Peleus and the nymph Thetis, Achilles was offered a choice in his youth: an easy and long life of peace, or a difficult life filled with glory. He chose the latter. Trained by the centaur Chiron alongside his childhood friend, Patroclus, Achilles became a famed warrior at a young age. When the Trojan War broke out, Achilles and Patroclus were both sent to fight. After a years-long stalemate, Achilles was spited by the Greeks' commander, Agamemnon, and withdrew from the battle. He only returned after Patroclus was killed by Hector, a Trojan prince. Enraged, Achilles returned to the battlefield, carving a path of bloody destruction through the Trojan army until he finally cornered and killed Hector. Achilles continued to fight, killing several other Trojan champions and nearly ending the war before he was killed by Hector's brother, Paris, with an arrow. 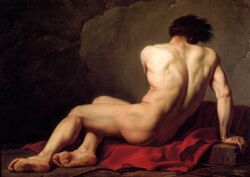 The son of an Argonaut, Patroclus accidentally killed another child in anger and was sent to live with Peleus and Achilles. He was asked to mentor the younger Achilles in hopes and tempering his anger and the pair became fast friends, spending their entire young lives together. During the Trojan War, after Achilles withdrew from battle, Patroclus repeatedly tried and failed to convince him to give up his grudge against Agamemnon. Eventually, he settled for borrowing Achilles's iconic armor and taking his place in battle. Patroclus won many great victories in a brief time, successfully pushing back the Trojans. However, the gods decided to turn the tide once more and Apollo helped Hector to kill Patroclus. After Achilles's death, his and Patroclus's ashes were placed in the same urn. 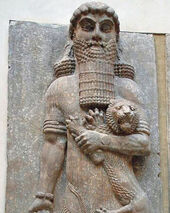 The demigod king of the city of Uruk, Gilgamesh was a selfish and unjust ruler. Having decided to temper his pride, the gods created Enkidu, a wild man who could challenge his strength. The two battled with Gilgamesh barely winning, but he was humbled by Enkidu's strength. The pair became friends and went on many adventures together. Eventually, Gilgamesh drew the attention of Ishtar, the goddess of love. Ishtar proposed marriage to Gilgamesh, but he refused, knowing that Ishtar's loves typically met violent ends. Enraged, Ishtar summoned the Bull of Heaven, a giant monster, to kill the pair. The two instead slew the Bull of Heaven, but the gods decreed that Gilgamesh must die for the blasphemous act. Enkidu took his place and was killed. Filled with grief, Gilgamesh set out on a quest for immortality. He failed to become immortal but managed to overcome his fear of death and discover new meaning in life in the process. 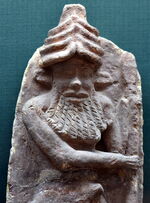 As part of their plan to humble Gilgamesh, Enkidu was created by the gods. Sporting an animal-like appearance and lacking intelligence, Enkidu encountered a priestess who civilized him and gave him the friendship of her thighs, making him more human. After traveling to Uruk, he encountered Gilgamesh about to invoke jus primae noctis on a young bride and stood in his way, leading to a fight. Although Enkidu was defeated, he successfully humbled and befriended Gilgamesh. Enkidu missed life in the wild, leading the pair to go on their adventures together. After Gilgamesh was sentenced to death for the crime of slaying the Bull of Heaven, Enkidu demanded to take Gilgamesh's place and was slowly killed by a god-sent illness.

Achilles and Patroclus have been training and fighting together since childhood. They trained with Chiron, a famous centaur and mentor of heroes, and fought for multiple years in the massive Trojan War, killing hundreds of enemy soldiers. They've both slain demigods and were only able to be killed through divine intervention. However, their most impressive feats of combat were done on their own when they have a personal aristeia, or display of heroic feats.

Not much detail is given about Gilgamesh and Enkidu's lives together. Aside from hunting some animals, they have only participated in a total of three confirmed fights throughout their lives: against each other, against Humbaba, a monstrous giant, and the Bull of Heaven. Additionally, the pair only met in the later parts of their lives. However, the pair worked very well together in the latter two fights, combining their strengths to slay monsters they never could've defeated alone.