The Fast & The Furious: Robbie Reyes vs. Makoto Niijima

The creation of the automobile changed every aspect of human life, but more importantly, it gave humanity a new avenue of looking really cool. There's just something about a muscle car or a motorcycle that pushes a character's cool factor through the roof, and none know this better than Robbie Reyes, the possessed Los Angeles teen cursed to be Spirit of Vengeance, and Makoto Niijima, the biking Queen of the Phantom Thieves! Without further ado, let's put the pedal to the metal and obey the gospel of the throttle for this high-octane collab between Cfp3157 and Laquearius as these two teens with exaggerated swagger take to the streets in a no-holds-barred race to the top! Who is DEADLIEST? 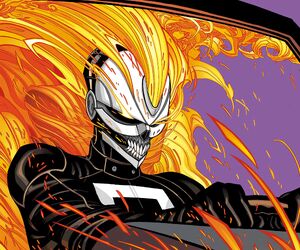 In a crime-ridden neighborhood of LA, Roberto "Robbie" Reyes struggled to provide for his disabled younger brother after they were abandoned by their parents. One night, Robbie entered an illegal street race in a desperate attempt to earn money, having borrowed a car from the garage where he worked. The car contained stolen drugs, and Robbie was cornered and gunned down by mercenaries. In his dying moments, Robbie was possessed by the spirit of Eli, his devil-worshipping serial killer of an uncle, who granted him the powers of a Ghost Rider, a Spirit of Vengeance. Robbie's desire to use his powers for good clashed with Eli's bloodlust, but Robbie kept control over his body and mind. Eventually, after encountering the Avengers, fighting Celestials, and racing Johnny Blaze, the original Ghost Rider, Robbie mastered his powers. Eli's influence waned and became dormant, and Robbie embraced his role as an Avenger and a Ghost Rider. 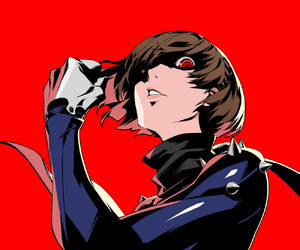 The sister of public prosecutor Sae Niijima and the student body president of Shujin Academy, Makoto Niijima devoted herself to her studies following the death of her father, a police officer. She eventually became the student body president of her high school when so-called delinquent Joker enrolled in the academy. She was initially tasked with investigating the possibility that the Phantom Thieves were Shujin students, successfully uncovering that Joker was their ringleader. Rather than hand them in, Makoto decided to utilize their talents to help stop the kingpin Junya Kaneshiro from selling drugs to Shujin students. She is taken hostage by Kaneshiro during the investigation, but is rescued by the Thieves when they are forced to become indebted to Kaneshiro. She joins them in their attempt to steal Kaneshiro's Treasure, where she awakens to her Persona, Johanna. Makoto joins the Phantom Thieves from then on, helping to uncover the Conspiracy and working alongside the Thieves to reform society in the Metaverse. After the Thieves disband, Makoto goes to college, with ambitions of becoming a police officer like her father.If you got big poopy brain, she and Joker end up dating 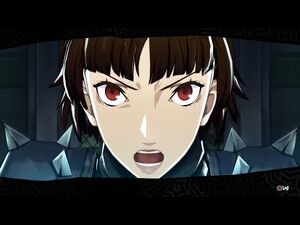 Since being caught up in the life of a Ghost Rider, Robbie has become a magnet for danger and chaos. He's protected his hometown from criminals, mercenaries, mutants, and monsters, fought against several members of the Avengers at once, battled cosmic beings like the Celestials, and defeated demons and other Ghost Riders during a trip to Hell itself. His power and skill has even led him to become a full-time member of the Avengers, usually serving as the team's driver or pilot.

In her experience as a Phantom Thief, Makoto has encountered a wide variety of foes. This includes Palaces full of monsters both small and great, as well as the eclectic Palace rulers that utilize different powers. Makoto's also gone up against three different reality warping gods, using her Persona and her intelligence to help the Phantom Thieves come out on top.

Robbie is quite straightforward in battle. In one-on-one fights, he usually focuses on surprising and overwhelming his opponents with the sheer strength and variety of his powers, attacking or restraining his enemies quickly with his chains and beating them down with his raw strength or blasting them with hellfire afterward. If cornered, he can always summon the Hell Charger to assist him or take control of the car and fight purely behind the wheel for an entirely new style of combat. He's no tactician, but on occassion, he has proven capable of taking note of enemies' patterns or weaknesses and exploiting them appropriately.

While Joker is the Thieves' leader and Futaba is their navigator, Makoto serves as the Phantom Thieves' primary strategist. She's an analytical and thorough tactician, coming up with inventive strategies on the fly to exploit or work around the weaknesses of her opponents, as well as advising Joker on which teammates would be best for a particular fight. She's a capable investigator and strategist as well, deducing the identity of the Phantom Thieves quickly and showing to be able to keep up with, if not surpass, more skilled strategists like Goro Akechi.

Robbie hasn't had any real formal training. He's received some pointers on how to control his powers from Johnny Blaze and some practical advice from some of the Avengers, but his fighting skill was built up on the fly through his numerous battles with the forces of evil. Some of his skill seems to inherent with his powers, as he was taking on scores of thugs with ease even during his earliest battles.

Makoto was trained in aikido by her father, continuing her lessons even after his death for self-defense. After she awakened to her Persona, she received some supplemental knowledge by Morgana as well. That being said, her primary combat teacher has been the field, with the somewhat simple nature of Metaverse combat meaning she didn't need too much training beyond how to punch real good.