Kaiju Kombat: Godzilla (Monsterverse) vs Rift Walkers (Into the Breach)

Tonight on Deadliest Fiction, it's nature against science in a battle for survival as Godzilla, king of the Kaiju and savior of the Earth, does battle with the Rift Walkers, an elite unit of mech pilots who have done battle across time and space with the monstrous Vek! Teeth and fang meets machinery and firepower in this clash of the titans, and we'll compare their weapons, skills, and abilities all to answer the ultimate question... 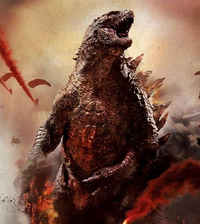 The alpha of the Titans, Gojira, or as he's more commonly referred, Godzilla is an enormous reptilian creature with origins dating back to the Permian period of the Earth, where he frequently fought with other Titans for dominance, with these clashes giving him a mythic reputation to the people of Earth. In 1954, the American military accidentally woke Godzilla from his slumber and attempted to kill the creature by bombing the Marshall islands. Despite their best efforts, they failed, which led to the creation of Monarch, an organization dedicated to investigating Godzilla and other creatures like him.

60 years later, Godzilla is awoken by the mating call of the MUTOs, a parasitic species that laid eggs in the corpses of other Titans, and clashed with two of the creatures, trying to kill them before they can reproduce beyond control. With the aid of Ford Brody, Godzilla prevails, killing the male of the species before finishing off the female with his atomic breath. Deemed "King of the Monsters" and hailed as a hero, Godzilla became humanity's unlikely (and largely accidental) protector, keeping to himself while surveying potential threats to his rule.

In 2019, Godzilla and Monarch witness the reawakening of King Ghidorah, a rival alpha, alongside the emergence of other Titans like Rodan and Mothra. Godzilla attempts to battle Ghidorah, but is mortally wounded by the Oxygen Destroyer, forcing Dr. Ishiro Serizawa to sacrifice himself to repower Godzilla with a nuclear weapon. Re-energized, Godzilla, alongside Mothra, battles Ghidorah and Rodan, and ultimately kills Ghidorah and properly claims the title of king.

The public admiration for Godzilla begins to wane after he re-emerges, far more aggressive than before, and begins destroying human cities that house Apex Cybernetics facilities. Unbeknownst to anyone, the facilities house the remains of Ghidorah, who is being re-purposed into Mechagodzilla, a potential way for humans to stand against Titans, with Godzilla's actions being an effort to stop the construction. Needing time and a new energy source, Apex funds an expedition into the Hollow Earth, with King Kong, another Titan and the last member of a rival species to Godzilla's own people, acting as a guide of sorts, which succeeds in both distracting Godzilla and acquiring a way to power Mechagodzilla. Kong and Godzilla clash three times, with Godzilla ultimately prevailing, but are forced to work together to stop Mechagodzilla, who is taken over by the mind of Ghidorah. With Ghidorah finally and truly dead, Godzilla forges a respect for Kong and returns to the ocean, prepared to protect the Earth once more. 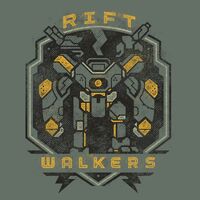 In the far future, rising ocean levels and climate instability led to the rise of the Vek, giant, alien bugs that emerged from underground and began wreaking havoc on the already scattered remnants of humanity. Hoping to counter this threat before it destroyed them all, humanity developed mechs, giant robots that could combat the Vek to minimize the damage they inflict. Travelling in teams of three, the mechs proved effective, with more and more squads being put into production. The original of these squads are the Rift Walkers, whose mechs lacked the innovative tech or versatility of later units, but made up for it by being the most reliable and effective in the field.

Unfortunately, the war with the Vek proved to be a losing one, and the pilots, using a new technology fled their dying Earth and traveled back to the past at the start of the invasion, creating a new timeline and fighting again and again to save the world, sometimes failing, sometimes succeeding, but never, ever losing hope for a world free of the Vek. 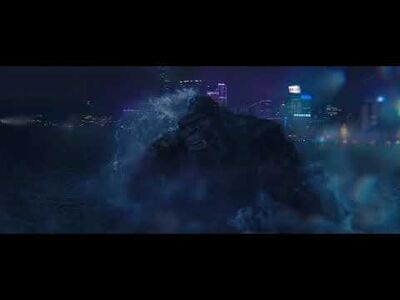 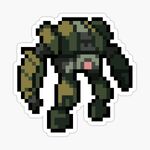 The Combat Mech is the primary tank (in the tactical sense) of the Rift Walkers, deployed directly to the front lines and engaging Vek head-on. While it's simplistically designed, lacking anything beyond it's fist in it's initial build, it makes up for it by consistently dealing high-damage and knocking Vek back.

Jokingly called "Honest Abe" by his teammates in previous timelines, Abe Isamu served as an "expeditor" (basically a hitman) during the early years of Jessica Kern's rise to power as CEO of the R.S.T Corporation. Noted for his ruthlessness and coldly logical way of thinking, Abe was deployed as ground support in the original timeline, stealing a mech off a (allegedly) dead pilot before fleeing during a failed operation on the volcanic home island of the Vek. Since then, Abe follows the last orders given to him by the Kern of his timeline: defeat the Vek at all costs.

Pilot Ability: Armored. Abe gives any mechs he's piloting the "Armored" trait, which reduces damage inflicted to the mech by 1. 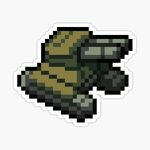 The Cannon Mech is the more versatile ranged attacker of the Rift Walkers, capable of attacking foes both at a distance and up-close using it's cannons while also being able to move around the field faster than the Combat Mech, making it vital fire support against fast-moving Vek.

Camila Kern is the sixth adopted daughter of Jessica Kern, and one of twenty siblings overall. A former cartographer and meteorological scout for R.S.T, Camila proved to be a talented pilot with an acute "sixth sense" for danger and terrain. Following the rise of the Vek, Camila put these skills to use as a mech pilot, anticipating Vek webs and traps and easily avoiding them during combat. Camila was one of the earliest pilots to volunteer in her original timeline, both as a way of avenging her adopted mother and to deal with her lifelong hatred of insects.

Pilot Ability: Evasion. Mechs piloted by Camila are unaffected by being caught by webbing and smoke, enabling them to move and attack freely regardless of terrain. 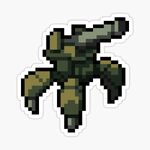 The Artillery Mech is the Rift Walker's solution for long-range combat, lacking much in the way of close-range options, meaning keeping it far away from the action is a must. It makes up for it's close-range weakness with it's cannon, which can hit enemies from across the map and push them away from high-value targets.

An unlikely pilot recruited largely for his intelligence as an offset to his pessimistic nature and general anxiety, Isaac Jones is a survivor of one lost timeline too many, leaving him with a tendency to focus too much on how things go wrong. This has left him feeling ill-suited to be his soldier, an attitude shared by several other pilots, though his scientific knowledge makes him too valuable to leave by the wayside. Isaac is a renowned expert in several subjects, from aeronautics to gravitation theory to physics, with the only real limit on his intelligence being his own self-doubt.

Pilot Ability: Temporal Reset. Isaac gives the team an extra Reset Turn, a short-range weaponization of time-travel that enables the team to go back a few minutes and attempt a new course of action, potentially saving objectives, civilians, and pilots. With Isaac on the team, this gives the Rift Walkers two resets per battle.

Godzilla is woken up from his slumber by the Vek's uprising and, after dealing with their attack on him, mistakenly assumes that humanity's power grid is what's agitating the threat and sets out to shut them down. This brings him to Museum Island, where researchers are hard at work attempting to develop a centralized power source. Drawn to the power, Godzilla launches an assault on the research center, and the Rift Walkers are sent in to delay his advance until the facility can shut down the research and evacuate.

The battle will be set in one of the seaside regions of Museum Island, a rural, mountainous area which houses the research facility on one end of it. Godzilla will emerge from the sea fifteen miles away from the facility, while the Rift Walkers will be deployed between him and the facility in an attempt to stop him.