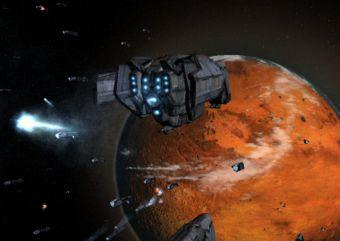 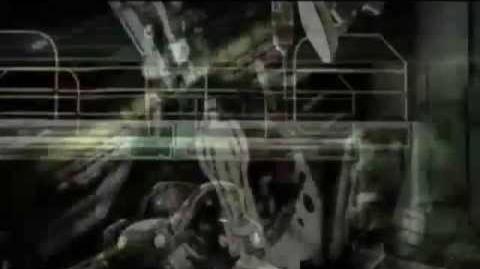 The first human invasion forces to be dispatched would arrive via Slipgate in various large troop-carrying ships, carrying tens or hundreds of thousands of troops, accompanied by several small reconnaissance craft.

The ships would arrive in orbit above Stroggos and launch their payloads: Hundreds of drop pods, which would descend swiftly to the surface of the world. The Strogg defenses, blind to the pods, wouldn't even know they were there.

The Human forces would reunite on the planet's surface and, aided by the element of surprise, quickly go on complete numerous important objectives, such as the downing of the global defense systems, the removal of their ability to return to the Earth, and the assassination of their leader.

In this manner, the way would be paved for stage two of the invasion to commence.

In the far-flung future, mankind has repelled the invasion of Earth and retaliated by attacking the homeworld of Stroggos, specifically the city of Cerberon where most of the Strogg activities take place. Bitterman was one of the early marines to have infiltrated the city and destroy its primary global defense network including the EMP-armed Big Gun.

Alas, his victory was short-lived and was killed in an attempt to reach the Cerberon Palace. With the plans shattered, the Terran Coalition of Man and Space Marine Corps on Earth have reached out to as many space infantry as they can to help finish off what Bitterman has started - the systematic destruction of the warmongering Strogg.

(Note: These may run concurrently with my Season 2/Season of War battles)

As with most other tournament/season announcements, predictions are helpful as are suggestions for future battles (should I make another Stroggos Invasion Tournament - who knows, maybe the Strogg will try to invade Earth again...)