Honour to your family, honour to your god. To give your life for the principle of honour and follow a code bound by it has long been romanticized by writers, poets, and even some historians. But one finds that even those who lived by a strict code of honour lived less than ideal lives.

Samurai: The legendary soldiers from feudal Japan who disposed of their opponents with brutal efficiency.

Knights: The iconic pious armoured horsemen from Medevil Europe who defended the Christian lands from foreign invaders at any cost. 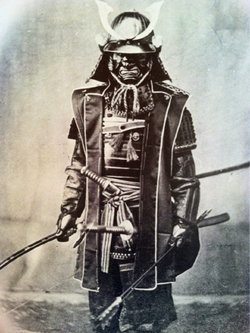 The samurai started in the Heian Period as armed supporters of local lords but swiftly became a military nobility after the Gempei War which established Minamoto no Yoritomo as the shogun (military dictator) of Japan. The samurai continued to play an important role, acting as the main fighting force of the local lords, as well as maintaining law and order. As the Japanese army began to westernize during the Meji restoration the samurai class was abolished. 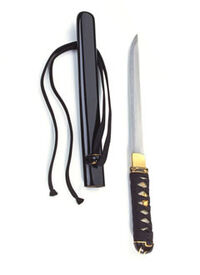 A tanto is a steel dagger of designed for slashing and stabbing. In this battle, the samurai will carry double-edged tanto of 30 cm in length and 0.4 kg in weight. 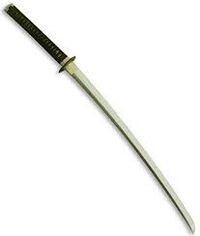 The katana is a curved single edged steel sword with a circular or squared guard commonly used as a sidearm used for slashing. For this battle, the katana will be 73 cm in length and 1.3 kg in weight. To use the sword, samurai had to use two hands to wield it. The sword and its sheath are designed so it could be drawn quickly. 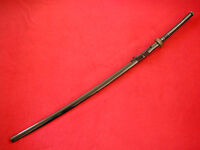 An odachi, or nodachi, is a curved single-edged steel sword with a circular or squared guard. Because of their large size, they were often carried on the user's back which made them slow to draw and thus viewed as impractical by some. In this battle, the odachi will be 130 cm in length and 2 kg in weight. 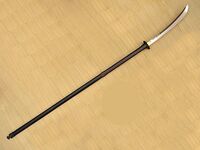 A naginata is a wooden or metal pole with a curved steel single-edged blade on the end. For this battle the blade will be 45 cm and the shaft 150 cm. The samurai on horseback and on foot will both be carrying a naginata. 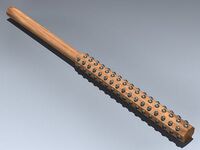 Kanabo is a large two-handed wooden war clubs with iron studs on the striking part. It's roughly the size of 1.2 m and weighs around 6 kg. The shape could be similar to a baseball bat, with a thick heavy end tapering towards a slender handle with a pommel, or they could be straight all the way from the handle to the end. 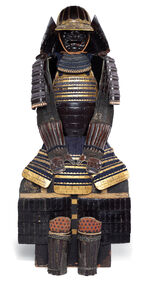 For this battle, the samurai will be wearing tosei-gusoku type armour which uses steel plate cuirass and gauntlets instead of individual scales. The curras has leather flauds. The arms are protected by leather. They wear a metal plate helmet along with an iron mask covering the mouth cheeks and nose. 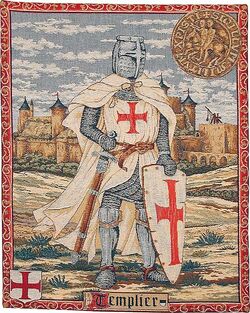 Knights were noble armoured horse and swordsmen thought first to be used by the Frankish King and Holy Roman Emperor Charlemagne. As a reward for their service, knights were often given plots of land and fiefs to work for them. During the Crusades and the popularization of Chivalry, they slowly solidified themselves as protectors of the Catholic faith. With the development of black powder and standing armies, the armoured swordsmen slowly became obsolete, though the title and some knightly orders are still around in Europe. 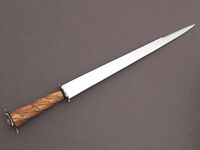 A rondel dagger or roundel dagger was a type of stiff-bladed dagger in Europe in the late Middle Ages. The blade was made out of steel and about 30 cm long with a wooden handgrip and circular guard. While they had an edge, the rondel daggers were designed to be used for stabbing. 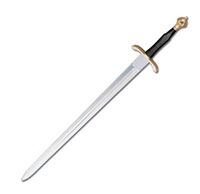 The arming sword, also called knightly sword and knightly arming sword, was the sword most commonly used in Medieval Europe. The sword is had a double-edged straight blade and a crossguard. For this battle, the arming sword will be 75 cm in length, 1.1 kg. 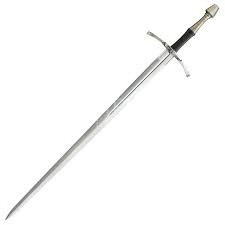 The longsword is, in essence, a longer two-handed version of the arming sword. It has a steel double-edged blade and a crossguard. It is 110 cm long and weighs 1.1 kg. 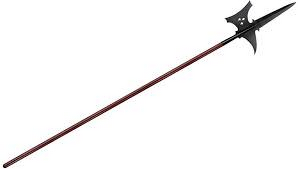 A halberd is basically a weapon that is both axe, pike, and hook into one. The axe and pike part are meant for hacking and thrusting respectively, while the hook is meant to demount horsemen. It's about 183 cm long an weighs 2.28 kg. Only the knights on foot will have the halberds.

The knights on horseback will carry the heavy lance instead of the halberd. The lance will be about 300 cm long (couldn't really find any weight for the heavy lance). To use the lance, knights simply had to charge towards their target while aiming at the spot they wanted to hit. 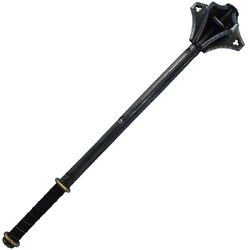 A mace is a blunt weapon, a type of club or virge that uses a heavy head on the end of a handle to deliver powerful blows. For this battle the mace consists of a strong, heavy, metal shaft, and a head made of steel. The average mace weights 1.1 kg and is 90 cm long. 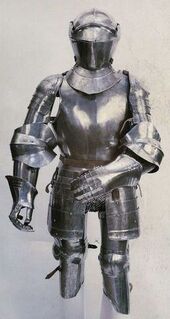 A full suit of plate armour would have consisted of a helmet, a bevor, pauldrons with guard braces to cover the armpits, couters, vambraces, gauntlets, a cuirass (back and breastplate) with a fauld, tassets and a culet, a mail skirt, cuisses, poleyns, greaves, and sabatons. The very fullest sets, known as garnitures, more often made for jousting than war, included pieces of exchange, alternate pieces suiting different purposes, so that the suit could be modified for a range of different uses, for example fighting on foot or on horseback.

Samurai training started very young, at age 3 they began basic fencing, at age 5 or 7 they would've gotten a mamorigatana, this would also be the age where they got more serious training from their fathers or other male relatives. They would be thought archery, swordsmanship, how to ride a horse, and martial arts such as judo or karate. Between the ages of 12 and 16 a samurai would first enter the battlefield.

The knights a boy was the son of a knight they would be sent to a castle and raised by a foster parent. On their 7th birthday, the lad would become a page. He would learn basic skills, hunting, and maintenance of equipment. At age 14 they would become a squire and would be thought how to ride on horseback, swordsmanship, archery, boxing, and would fight alongside a knight up until their 21st birthday when they could finally earn their knighthood.

Despite some forms of bushido denouncing cruelty, samurai were valued loyalty to their lord (or daimyo) above everything else and it was considered dishonourable to ignore the commands of one's daimyo. This meant that they often did horrible things in their names such as when Oda Nobunaga razed the Enryaku-ji temple where he ordered his men to kill every man, woman, and child or the Japanese invasion of Korea in 1592 where thousands of Koreans were slaughtered thousands of peasants. There are even stories of samurai testing out their new blade on unsuspecting Japanese farmers.

Just like the samurai, knights followed their own code of conduct called chivalry, contrary to popular belief, however, chivalry wasn't this some kind of holy code, but whatever the knight's leader wanted it to be and at times knights would often exploit some loopholes. For example, if their lord said "don't steal from peasants", but not "don't beat up peasants" a knight would just beat up a guy if he felt like it. A good example of knights performing brutal acts would be the First Crusade, specifically, the Siege of Jerusalem where they slaughtered the Jewish and Islamic inhabitants, no matter their age, gender or occupation.

The samurai were 1.6 m tall, and weight in on 61 kg. While the samurai did occasional strength training, they prioritized speed and agility, as they considered it important to draw first blood and swiftly end a fight. The samurai's diet existed out of rice, potatoes, radishes beans, chestnuts, nuts, tofu, and yams. They didn't eat meat as it was against Buddhist and Shinto believes.

Knights were 1.8 m tall, and weight in on 82 kg. Because they would mostly walk around in full plate armour using heavy weaponry, knights focused on building up their physical strength so they wouldn't be weighed down as much. A knight's diet usually excited out of profusion of fruits, vegetables, dried legumes, cheese, fish, and sometimes meat if it was avilible.