Will make a title card when I am not lazy. 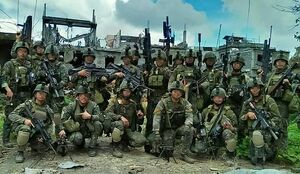 The Marine Special Operations Group (MSOG), formerly known as the Force Recon Battalion (FRB), is the Philippine Marine Corps' elite ground forces unit for unconventional warfare and special operations. It specialises in sea, air and land operations, like its counterpart in the Naval Special Operations Group of the Philippine Navy, ranging from reconnaissance, close combat, demolition, intelligence and underwater operations in support to the overall naval operations.

As the spearhead of the Philippine Armed Forces, Marines of the Marine Corps are "the first to fight" and elements of the Marine Corps Force Reconnaissance Battalion lead the way. What makes it different from the Naval Special Operations Group is that it utilizes strategies and tactics mastered by the Philippine Army's 1st Scout Ranger Regiment and Special Forces Regiment (Airborne) units.

They also make use of mechanised operations in support of other AFP combat operations as specially inclined with the conduct of special and classified military actions. Like most of the AFP special operations units, the best members of Force Recon Battalion are handpicked to undergo VIP security training and assigned to the Presidential Security Group. 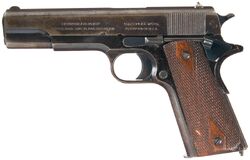 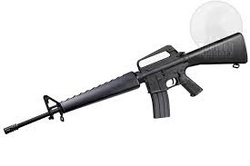 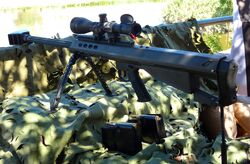 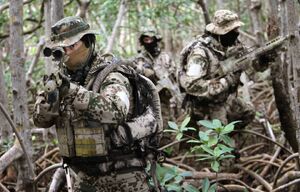 The Kommando Spezialkräfte Marine (KMS, "Naval Special Forces Command") also called the Kampfschwimmer ("Combat Swimmers") or Verwendungsgruppe 3402 ("Deployment Group 3402") are an elite special forces unit of the Germany Navy, specializing in commando and amphibious warfare operations. They are the only special-purpose force of the German Navy. The Kampfschwimmer were set up when Germany joined NATO in 1955.

When the German Navy was set up in 1956, plans were made to set up a combat swimmer unit to prepare for amphibious landing operations in the rear of attacking units of the Eastern Bloc. On August 1, 1958, the training of the first combat swimmers began. These were soldiers who had served in the small combat units and the naval task forces during World War II.

The Kampfschwimmer should carry out their tasks both in the water and ashore, like German commando frogmen did in World War II. But now a new dimension was added: airborne operations. This three-role concept of the French became the basis of the commando frogmen of the German navy. On 1 April 1964, the Kampfschwimmer appeared for the first time as an independent body. 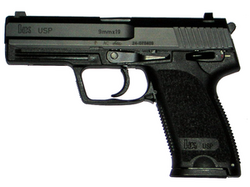 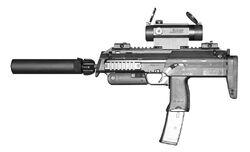 I couldn't find anything on the training of the Marine Special Operations Group, but I am assuming that it is similar to that of the Naval Special Operations Group of which it is a subdivision. Candidates have to swim 3 kilometers and run 10 kilometers every day. Furthermore, they must swim 14.6 nautical miles from Roxas Boulevard in Manila to Naval Station Sangley Point without any rest. They also undergo "Hell Week," during which candidates have to carry out demanding physical team events with their boat crews with merely a couple of hours sleep for an entire week. Because of their role in the armed forces, they are also likely trained in anti-guerrilla and counter-terrorist tactics, parachuting, weapons handling, and close combat.

Likewise, the Kampfschwimmer have to undergo training that tests them both mentally and physically. Their inductor training lasts four weeks and focuses around teaching the applicants to feel comfortable in water. One of the exercises is called gefesseltes Schwimmen (the bound swimming) during which the applicant is placed on the starting block in the full combat suit, with his hands tied behind his back and his feet tied together, and then pushed in the swimming pool. He must stay for 30 seconds alone clearly. In the so-called "hate week" the trainees are deprived of sleep. Between the night exercises, there are night runs. Meanwhile, the normal routine of the day continues: swimming, diving, and push-ups.

MSOG is frequently deployed against domestic terrorist forces such as the New People's Army and Moro Islamic Liberation Front, and Abu Sayyaf. One of their most notable deployments was during the 7-month long Battle of Marawi when Islamic terrorists attempted to establish a foothold in Marawi, Lanao del Sur. They also work closely with the UN for peacekeeping operations.

The Kapfschwimmer are primarily active in the Middle East where they work together with other NATO forces during peacekeeping and counter-terrorist operations. Their most frequent opponents are Somali pirates and Islamic terrorist organizations such as the Taliban and al-Qaeda.