Heros come in all shapes and sizes, some are pure paragons, protecting the innocents from evil itself. Others are brutal, fighting for their own cause instead for others and won't stop at nothing from achieving their goal. Like Link: The Hero of Hyrule! And Kratos: The God of War! 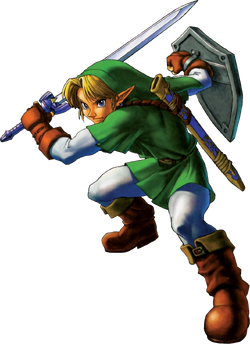 Link was a teenager who lived all his life in the skycity of Skyloft where he attends the Knight Academy with his friend Zelda. After the annual Wing Ceremony, an important part of the initiation of new knights of Skyloft, Zelda and Link weant on a fly with their Loftwings, Zelda weant missing into a storm. Later that day Link was visted by Fi, the humanoid representation of the Goddess Sword, who explained that she was sent by the goddess Hylia in order to find Zelda on the Surface. After reuniting with Zelda and obtaining the Triforce, Link fought the demon king Demise, who just before he died cursed Link and Zelda to be reborn over and over and fight his reincarnations. Link and Zelda eventualy weant to the Surface and founded the Kingdom of Hyrule. 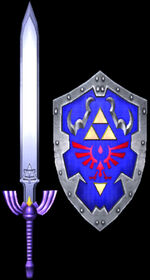 The Master Sword, also know as Blade of Evil's Bane and the Sword of Time, is a double-edged magic longsword. It can be used to repel evil, destroy magical barriers, breaking curses that involve powerful dark magic, and reflecting drak magic.

The Hylian Shield is a common shield in Hyrule mostly used by Hylian knights. It seems to be a wooden shield with a metal overlay. It's able to block fire, electric, and curse attacks. 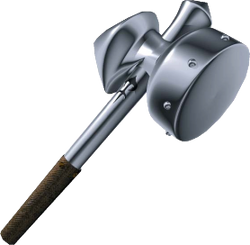 The Meggaton Hammer is a Goron weapon thats forged out of the finest steal available. Link uses this weapon similar to a sword, but becease it was made for a Goron and not a human Link has to use both hands to fight with it. The Megato Hammer is strong enough to break the hardest stone and create very minor shockwaves when it hits the gorund.

The Fairy Bow is, as it's name inplies, a bow. Link is very acurate with it, being able to hit a target from very far away. For the purpose of this match Link will use the magic fire arrows wich set the target on fire obviously.

Din's Fire creates a dome of fire around Link wich then slightly expands before faiding away. 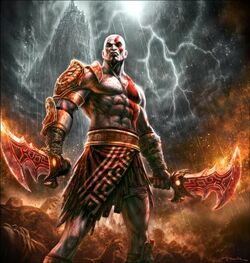 Kratos was born to Callisto and Zeus. Kratos grew up to become a strong and brutal Spartan soldier, eventualy leading Sparta's armies, winning them sevral victories through unorthodox, but effective tactics. His pride grew with every victory, until his army met their match when they met the barbarian tribes from the east. Just as he was about to be defeated, Kratos pledged his allegiance to Ares in exchange for victory. Ares accepted, and gave him superhuman powers and the Blades of Choas, wich Kratos used to slaughter the barbarians. For a while Kratos served Ares loyally, raiding villages, slaughtering innocents, and spreading chaos in his name, until Ares manipulated him into killing his family. When he came to his senses Kratos was enraged, and weant on a journy to punish Kratos for what he did. 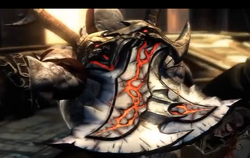 The Blades of Choas are two duel blades made my Ares himself in the Underworld for someone who's worthy enough to be his servant. They are connected to Kratos on a chain, allowing him to swing them around and they also ignite with every attack.

The Blade of Artemis is a large, curved blade formely used by the Goddess of Hunt, Artemis. It's very large and cummbersum, but it deals more damage then the Blades of Exile. 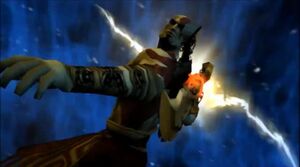 Zeus' Fury is a power Zeus gave to Kratos during his journey. It allows Kratos to summon a thunderbolt and hurl it at enemies. 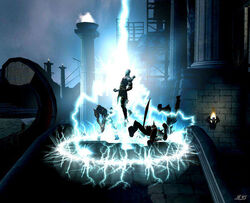 Another magic power given to Kratos. Poseidon's Rage surrounds Kratos with a circle of electricity, and summons lightning bolts from the sky to strike down his enemies.

Link never got any formal training and most of his skills are self learned. Kratos, being a Spartan, was trained for combat at an young age.

Link single handedly fought through dungeons and took on giant monsters, from giant arachnids to giant ghostly beasts. Kratos fought through similiar enemies and had expiriance fighting on the battle field against other Greek states and barbarians.

Link tends to just kill his opponents as efficiantly as possibel and leaves it at that. Kratos tends to go into rages and tends to kill his enemies in brutal ways, sometimes even killing bystanders if they get in his way.

Link often has to solve puzzles in order to get through dungeons and find weaknesses mid fight he can exploit. He is also thought things by the Deku Tree, along with the rest of the Krokiri childeren. Kratos was a strategist for the Spartans in the field, but that were mostly army versus army battles. But he does often do an similiar weakness exploitation as Link, though he seems to prefer brute force over tactics.