Since Laqy is blackmailing me and holding his potential support for my future challenges and is currently holding a gun to my head as we speak, I figured that I would finally get to contributing to the HRI. And if I am really honest I only picked these two because their acronyms made me giggle. Without further ado, I give you BOPE vs. GEOF. 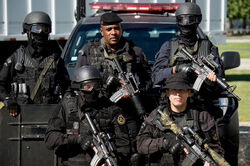 The Batalhão de Operações Policiais Especiais (BOPE; Special Police Operations Battalion) is the police tactical unit of the Military Police of Rio de Janeiro State (PMERJ) in Brazil. Due to the nature of crime in favelas, BOPE units have extensive experience in urban warfare and utilizes equipment deemed more powerful than traditional civilian law enforcement. The BOPE was created in 1978 by Paulo César de Amendola de Souza and Mário José Sotero de Menezes after prison director Darcy Bittencourt was accidentally killed by a police unit during a hostage rescue operation in the Evaristo de Moraes Prison. 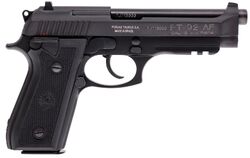 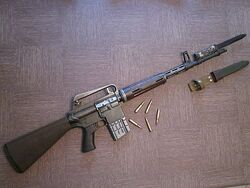 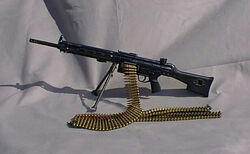 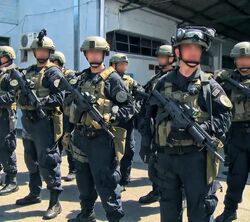 The Grupo Especial de Operaciones Federales (GEOF, Federal Operations Special Group) is a police tactical unit of the Argentine Federal Police (PFA) trained to strategically perform counter-terrorist and counter-narcotics missions. It is also used for VIP protection and hostage rescue situations. GEOF was created in 1994 as a response to the AMIA bombing that killed 85 people and injured more than 300. The first division was stationed in Tucumán and subsequent units were stationed in other major cities including Rosario and Buenos Aires. 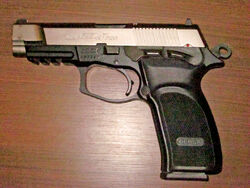 Before joining the BOPE the recruit needs to have at least two years of experience in the Military Police of Rio de Janeiro State before being invited and passing a few rounds of physical tests. Afterwards, the BOPE recruit can choose between Special Operations Course (SOC) or Course in Tactical Action (CTA) training. SOC training lasts four months and trains operative in special operations including hostage rescue, urban and jungle warfare, and counter-terrorism tactics among others. CTA is more decorative, though it is known that it lasts for 45 days and those who complete the course are put on the front lines. So far only 763 operatives have completed this course in the BOPE's lifetime and it is considered one of the toughest training in Brazil.

GEOF training lasts for 16 and is divided in two periods. Topics including sniper tactics, martial arts and demolition skills. GEOF frequently partakes in conjoint training with the FBI, US Army Special Forces, Isreal's Yaman and various other SWAT teams.

Brazil posses one of the highest violent crime rates in the world and has a homicide rate of 30–35 homicides per 100,000 inhabitants. This combined with the fact that Brazil is part of the international drug routes means that the BOPE frequently has to be deployed. Since most of their missions take them to the favela slums, the BOPE has become experienced in urban warfare and combat in confined spaces.

Agentina is still rife with corruption, but violent crime rates have dwindled in recent years and has a murder rate of 5.94 per 100,000 inhabitants. The GEOF is typically deployed in counterterrorism and counternarcotics missions, as well as hostage rescue operations and VIP protection.