Ghouls: the humanoit creaturs who need to eat human flesh to survive.

Vampires: the blood sucking creeps of the night. 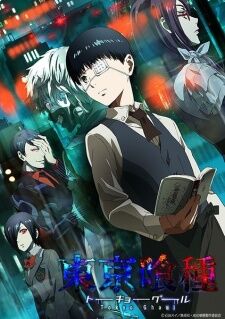 Ghouls are an humanoid species from the anime and manga Tokyo Ghoul that need to eat humans in order to survive. Since human food tastes bad to Ghouls and can even be bad for their health, Ghouls are forced to eat human flesh, wich is why they are hunted by the anti-ghoul organisation the CCG. While some ghouls view humans are lesser beings and nothing more then cattle, other ghouls like humans and only eat already dead people.

Ghouls posses superhuman physical attributes and have an hard enough skin that weapons such as knifes aren't able to pierce their skin. When in combat their eyes turn black and their pupils red. They also wear masks to avoid being recognized by the CCG. Lastly ghouls also have something that is known as an Kagune wich is an predatory organ that varies with each ghoul.

While the theeth of ghouls are similair to those of humans, ghouls can easily bite through the bullet proof skin of other ghouls all the way to the bone.

Ghouls are strong enough to rip limbs off people and punch straight through humans and other ghouls.

A kagune is a ghouls predatory organ and functions as their primary weapon. There are 4 types of kagune: Ukaku, Koukaku, Rinkaku and Bikaku. Ukaku users are usely faster and more agily then other ghouls, but lack endurance and stamina. They are also able crystalize their kagune and use them as claws or shoot crystals as projectyles, but are slower when their kagune is crystalized.

Koukaku-type kangune are more dense then other type of kagune, making them suited for defense. Generaly they can be shaped into shields and limited armor, but on the offinse can be shaped as drills, blades, hammers, ect. Since koukaku's are heavier then normal kagunes koukaku-type users aren't as fast or agily a the averge ghoul.

Rinkaku-type kagune's take the shape of (usely) 3 scaly tentacles. Rinkaku type users generaly have greater regenerative abilities then other ghouls, how ever rinkaku-type kagunes are less durible and are easier to be destroyed.

Bikaku kagunes are tail like kagunes and best suited for mid-range attacks. It has no big pros or cons, making it the most balanced kagunes.

Ghouls posses superstrenght, speed, stamina, and agility. Their skin is also durible enough to resist knifes, axes and even bullets tho other superhumanly strong crearurs could tear through it and they are weak at their eyes, ears and mouth. They also have superhuman sense tho those are nulified during the rain. Ghouls also have a regenerative ability that allows them wounds way faster then a normal human. 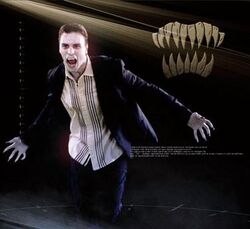 Vampires are a type of demonic undead creature that has superhuman traits and endurance. Their appearance is either humanlike, many times attractive, to being skinny, hunchback, discolored, pale, corpselike and with enlarged claws or teeth. Some vampires can switch between humanlike and demonlike at will, normally by retracting their fangs and claws, allowing them to blend in with human society while hunting. But most vampires cannot change the fact that they have no shadows or reflections. Many vampires can shapeshift, normally into a bat or bat-like creature to give them flight. Vampires also can control many types of black magic depending on the story, though a common ability is hypnotizing people with their eyesight or levitation. 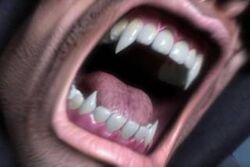 Vampires have two large fangs that are easily able to pierce skin with, allowing them to drink blood. Their fangs are also able to pop out of their socket, allowing the vampire to take a much larger bite.

Vampires have claws as strong as steel and combined with their superhuman strenght they are able to easily rip humans apart. 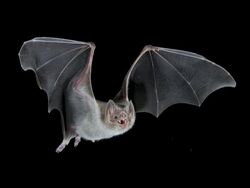 Vampires have the ability to turn into bats. This grands them the ability to fly, makes them a smaller target and allows them to get the jump on their victems.

Ghouls spend their entire life hunting humans, and fighting other ghouls and the CCG. But they only live aslong as humans do. Vampires can live way longer lifes, and fight their own kind and their hunters aswell, tho the typical vampire hunter isn't as though as a CCG officer.

Both warriors need to hunt and kill to survive, but generly have different ways of doing it. Most ghouls find and stalk their prey until they are alone and then attack. Vampires generaly hunt humans by seducing them and then drink their blood when they least expect it.

Ghouls aren't anything special in this department, they are generally just as smart as the averge person. Vampires on the other hand are depicted as smart and cunning, being able to outwit groups of vampire hunters and their prey.

Votes must have proper spelling and arguments. They can be broken up into edges, but it's not required.