Revy: the mercenary of the Lagoon Company who is known for her skill with her duel pistols.

The Crusader: a man who stops at nothing from completing his murder crusade 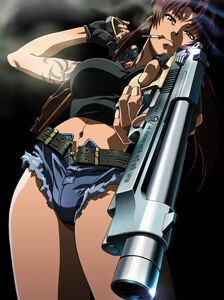 Revy was born in New York City in February 1968. Few details are known about Revy's past as what is gathered is from brief flashbacks from both the manga and the show. Revy was born as Rebecca Lee, a Chinese-American, in the poverty-stricken Chinatown district of New York City and raised by an abusive, alcoholic father. One day, after fleeing from one of her father's rampages, she was arrested, beaten, and raped by a corrupt police officer. Upon being returned home following this ordeal, Revy shot and killed her father after he callously asked her for another drink.

She eventually turned to an life of crime, having several run-ins with the cops and getting caught multiple times. At some point she ended up in the city of Roanapur in Thailand, where she got hired by the Lagoon Company.

Revy is an skilled street fighter, being abel to take on multiple enimies and fight an trained soldier like Roberta Cisneros. She seems to prefer strength over skill, however.

Revy's weapons of choice and the weapon she is most skilled with, wich earned her the nickname "Two-Hands". It uses 9×19mm parabellum rounds, has an magazine size of 15 rounds, can fire up to 50 meters and is semi-automatic.

The PM-63 fires a 9mm round at a rate of fire of 650 rounds per minute, with a maximum range of about 175 meters. It can accept an 15 round- or 25 round-magazine, but for the porpuse of this match it will have an magazine of 25 rounds.

The RPG 7 is an Russian rocket launcher that uses an 85mm warhead. It fires at an muzzle velocity of 115 meters per second and has an effective range of 200 meters.

The M79 is a 40mm single-shot, break action grenade launcher with an effective range of 300 to 400 meters. 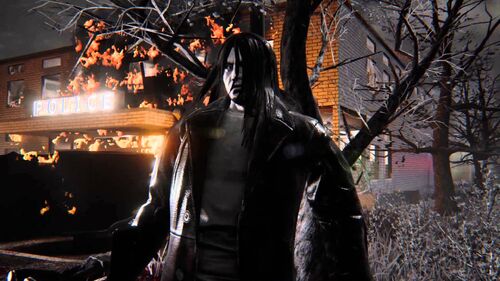 Not much is know about the Crusader, not even his real name, but one thing is certan: he hates humanity and wants nothing more to see it burn. During what he calls his "genocide crusade" he killed innocent citizens, cops, SWAT teams, criminals and even some of the military befor blwoing up an nuclear power plant and getting himself killed in the blast.

The Crusader uses an 12 inch steel combat knife for excuting his enimies. It can be used for slashing an stabbing. 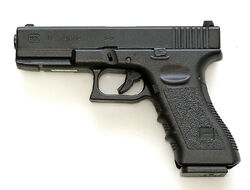 The Glock 17 is an semi-automatic pistol that uses 9×19mm parabellum rounds and has an magazine of 10 rounds. It has an effective range of 50m. 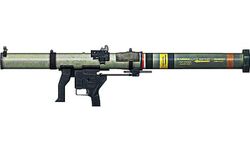 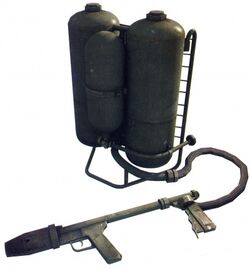 The M2 flamthrower that fires half a gallon a second at an effective range of 20 meter.

Revy was comitting crimes from when she was an teenager and lived quite an while in the violent city of Roanapur where she fought various gangs from triad to ex-Russian military. The Crusader had no previous expiriance before his "genocide crusade" (as far as we know), but during that short time he had fought the military and heavly armed gangsters.

Both warriors enjoy killing their fellow human being, weither it is for fun (in Revy's case) or becease out of hatered (Crusader), but Revy however seems to have some restrant on her and thos not go around killing everybody, the Crusader on the other hand thos.

Revy is known for her agility and is able to quikly jump or leap out of enemy fire or towards them to flank them. The Crusader prefers just walking over atrobatics.

Revy endured years of abuse and is clearly crazy, but still has an grip on reality. The Crusader is also an psychopath and feels nothing, but hatered.

Revy is known for her skill with her duel Berreta's earning her the nickname "Two-Hands". The Crusader was able to shoot her way through the militrary and various police teams.

In an alternate ending of Hatered the Crusader survived and decided to take his crusade to Roanapur. After killing lot's of criminals the Crusade had became the number 1 enemy of all the gangs in Roanapur and thus got an large bounty on his head one that Revy would be more then glad to claim.

I AM THE RULES!