Hello there fellow guys in this wiki!I am the spinner of Reginald Of Chatillon of the Crusade War!And Sir William is on your service!

I have seen something from Joan Of Arc's Plate Armor!A prophecy which will decide who will appear next time..

Battle Categories That I Do 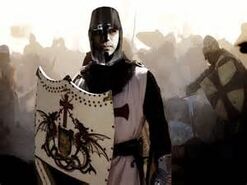 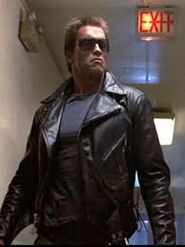 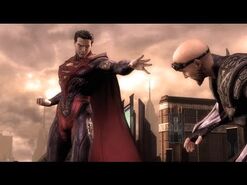 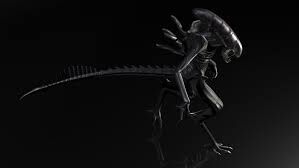 And other battles
Add a photo to this gallery

Born in England.William The Slayer was raised by an honorable Knight who's glory was brought around the world. His father was a travelling Knight. His father told William off great stories from his travels around the world. Such as battling the Dayak Headhunters in Kalimantan or known there as Borneo, visiting the mighty kingdom of Majapahit, overseeing the ruins of Rome and others. His father was also known as a great experienced warrior. Once, William was staying at his home-sweet-home when he was 10 years old. But then, his father was then sent to the crusades. His father convinced him that he will be coming home. But then, after just 5 days, William heard his father's death. And make him enraged. He trained himself a lot, nearly not stopping everyday with his father's old equipment. Then, when he was 15 years old, he orders himself to go to the crusades, everyone was surprises. But he says in Jesus' name, he will beat those Saracens and avenge his father. Then, he did what he needed to done. He became a great warrior and finally, he was known as "The Saviour's Vanguard".

When Reginald Of Chatillon was "fired" out of the crusades, William has been appointed to rule over the remainings of Reginald's lands. All of his lands for him are called the Chalitton lands. He didn't know he just modified Reginald's Chatillon.  And he was titled as Sir William Of Chalitton. He fought harder than he supposed to do against the Saracens. But, Christian nearly lost to the Muslims. Then, King Richard was sent by himself to "rule-over-the-war". And he meets William and congratulates him because of his hard work. Then, William advised King Richard to use non-European weapons to fight off the Saracens. But not the Saracen's weapons. King Richard was convinced and then Richard does what William tells him to. Then, Suddenly it worked. The muslims are nearly defeated. But later, William was captured. Then, after the crusades has ended, he was sent back,. When he was sent back, he was 40 years old. He retired and waits for other battles that has been waiting for him.

His father used to use this Katzbalger. But when he died, William fixed and sharpened the old sword by himself. William trained everyday with this Katzbalger and finally, he mastered it. During the crusades, he used it everytime. And once, he was heard to cut a Saracen's body to half with this.  Standard model Katzbalger.

After his father's travel to Japan, his father gave him this Japanese blade. And his father said that this blade is undestroyable by rust. Then, it is true. It remained at a good form even after some years. William used this when he advised King Richard to use non-European weapons. King Richard was also using this. And then, they improvised the use of the Katana by using it with just one hand with a shield. William was proficient at using the Katana with just one hand.  Standard Katana.

William's favorite weapon. He says that to use the Halberd, he needs an exercise. And the effect is that he is proficient at using it only with one hand. The Halberd used was a pretty heavy one.The only difference from the real Halberd is just the material used. It uses Tamagahane steel.

Exotic weapon brought by his father from Phillipina. William also trained himself with this weapon. He says that this weapon is a unique one. He modified it that the Sibat itself was all made of Tamagahane steel. This makes the Sibat more powerful than the ordinary one. William is also said to be proficient at throwing it to enemies.

Brought by his father from China for William. When practicing in archery, William was fond of this crossbow and modified it so it is made of steel, including the tip that is poisoned. Except for the handle of the Crossbow, it is leather. But still steel inside the leather.

When William advised King Richard to use other weapons, he advised the Scutum Shield first. King Richard dislikes William's idea of using the Scutum. But then, few days later, the Scutum shown to King Richard was made of William's favorite steel, Tamagahane. Which then King Richard is fond off. Then, this Scutum was used by the Templars and won over the Kite Shield.