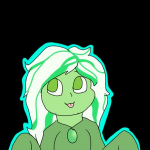 I gueeeess I may as well say it. Favorite Series: Pokemon, Kill la Kill, FNaF, Dead Rising, and stuff like that. Yeah I'll put in more later I just wanted to edit this because user warrior stuff.

Tsukia is a robot that had been transported to Japan on the idea of being a hit pop star. Made out of the most cunning technology around, making her movements appear realistic, fluid, and practically unrecognizable from that of a normal human. During her first appearance in America, it was a question as to whether or not she was actually a human or a robot, and even now some people still aren't convinced that she's a robot.

Her introduction in America was going off without a hitch, and before you know it she went on tour. It wasn't all going to last, however. Some point later on, during a trip to the Detroit, the mechanical capital of the world, someone had tampered with Tsukia. Not only did they give her a sentient AI that understood it's actions and its consequences, but it also gave her a violent side for the Ai to struggle with, which would attack and kill when it surfaced at random. Her first victim was one of her very own fans. She was found dead in a dumpster, body twisted up into a mangled mess.

Over the course of Tsukia's tour, there would be a variety of different deaths, some taking place at her own show, and others taking place on the road. Bodies would be found around the highway, and others just lying in the open streets with no witnesses nearby. Any security cameras would be stuck recording static and no one bothered to see if Tsukia, the clearly robotic visitor from Japan, could have killed them. After all, a robot needs programming to do something like that. A robot doesn't just up and kill.

Eventually, the blame went on one of Tsukia's handlers. An estranged boy who had a long history of violent crimes. He was arrested and, at first, Tsukia was in the clear. Until she...got even worse. After a recent show, she went to a police station and overpowered a police officer with ease. She murdered him and took his gun, now having a real weapon. Before she left the next morning, she went on a little killing frenzy, killing those she found in random alleys. Most were homeless, some prostitutes, and others muggers. The point was they were dead.

The killer hasn't been uncovered just yet, but they know it's not Tsukia's handler. Tsukia, meanwhile, between the sudden stress the AI is receiving (That it didn't previously know it could feel), and the murderous side of its AI, it's starting to go crazy. It sees visions of itself, and she tries to perform self harm to try and stop herself, but nothing she does ever works, as her other side of her takes over before she can pull her own plug to repair herself.

Tsukia is a strong enough robot to easily break bones like they're twigs, and can crush a skull, and is durable enough to withstand most blunt force trauma, and can take a bullet to the brain without issue. The main way she could possibly put herself down is incapacitation via breaking all of her limbs, but she can be stopped after sufficient exposure to water or other liquids. She's a skilled singer and dancer as well.

Weapons: Knife with a plasma blade (She comes from a semi-futuristic setting), broken bottle, metal pipe, her own strength, M9 Pistol concealed in her body, screwdriver, claw hammer, parking meter (ripped it out of the ground).

Retrieved from "https://deadliestfiction.fandom.com/wiki/User:Jackythejack?oldid=324680"
Community content is available under CC-BY-SA unless otherwise noted.