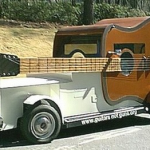 Im back. Thats one thing.

Finished, Fury is the victor

Finished, Jungle Jim is the victor

Finished, Sicarii is the victor

The old world syndicate vs the derp guard

Heads up battle: The Keeper (evil within) vs The pyramid head (Silent Hill)

Finished, The pyramid head is the victor

Scourge of Rome: Hannibal vs Boudica

Finished, Hannibal is the victor

Battle/s to end the season

Finished: L4D 1 survivors are the victors

Battle for season 2: The Redemption of time.

A criminal organization named the Syndicate arrives with their head of operations named Volkmar who has ties to Cerberus. Volkmar arrives to negotiate with James, who at this point was about to unleash his revenge, so they can fix the Syndicate's money debt that died with Cerberus.

Unknown to them, A member at the meeting is secretly an FBI agent. The FBI Agent calls the Police assault team on standby and a shootout occurs. James narrowly survives the incident by hiding in a abandoned apartment.

Then suddenly, 2 green lights glow in the dark hallways of the apartment.

"WE CALL THIS A DIFFICULTY TWEAK"

The police team finishes the assault and looks for their Cloaker ally. They are shocked to see a wierd device of sorts laying next to the corpse of both James and their Cloaker.

The FBI Agent looms closer to the device. Its glowing lights tempt the agent to inspect it.

Before the SWAT team could stop him, The entire team including the agent suddenly land in the middle of the snowfields.

Little do they know, they just landed in Europe 1947.

Little do they know they just triggered a firefight between allied troops and Soviet troops.

News of the powerful time altering device catches the attention of the FBI which attempts their best cover up the incident. Despite the censorship, A man who calls himself ZephyrCommodus spreads the secret of the powerful device and claims that whoever finds him first will have the stone for free.

Among the first was Bain and Dallas. Bain knew that anyone with ability to go and alter time could easily be the deadliest person on earth. Because of this, He sent Dallas, the PAYDAY gang's famous heister from his retirement and back to the fray to deliver the heist of all time, literally.

Second to arrive in the scene was Frank Castle, or better known as the Punisher. Frank pressures his old partner, Micro, to help him get his old family back at everything's cost. Micro agrees with Frank's Decision and reunites with his old partner for another battle. But this time, its bigger than Redemption or revenge.

Fourth to the fray was James Bond. Seeking to bring pride for the crown, He alongside the trusty quarter master named Q set out to America with hidden identities to secure the deadly object. Long live the queen.

Fifth was CIA Agent, Mike Toreno. Seeking for an easy way to finish his long list of assignments, he calls in the man he knew fought best. Carl Johnson. The poor retired Gangster was dragged by the relentless agent into submission and off to another fight Carl goes. This fight will be worse than catching trains.

Sixth to arrive was Gotham's hero, Batman or Bruce Wayne. Realizing that nefarious people and rogue agents were scrambling for the time warping object, He joins the fight and takes the battle in his own hands. He contacts the best person he knows that can, Morgan Free- Cough I mean Lucius Fox...

Seventh in the scene was Ethan Hunt. A Rogue agent means that he was obviously wanted but that does not stop Ethan from securing the deadly object before the syndicate finds it and uses it for the bad deed. He calls back his old fellow Benji for a mission to save the world despite the obvious lurking threat of Government officials and the agent named James Bond. Its time for Tom Cruise to prove the mission is not impossible.

Last to reach the battle was Miss Pauling. Seeking to stop the RED and BLU companies from ruining all of New York just to get a time altering object. Miss Pauling knew that she had to grab the fastest solution to either destroy it or contain it. Fast was the word, and Pauling called on her friend Scout for the job knowing that the scout is the fastest guy alive and can take the objective quick.

(MCU) The Punisher and Micro

vs (Payday 2) Dallas and Bain

vs (NationZ) Roberta and Citizen Z

vs (Nolanverse) Batman and Lucius Fox

vs (TF2) Scout and Miss Pauling

The Guitar car was a project by a Scottish man named Dick Levington and a group of British engineers. It was supposed to be the first living Guitar car to exist.

The outbreak of the cold war forced the scientist to weaponize the guitar car. It was given powerful weaponry and armor fit for a tank including a speaker loud enough to rip one. They ended up losing the vehicle in the middle of a parking lot.

The vehicle however, went rogue destroying all vehicles and guns it deems unsafe. It also declared war with the Gnome people after it killed a portion of the populus of their allies, the foil people.

During the year 2018 January 2, The Gnome people led by Marcus Felix of Zenith launched 300 foil people inside the vehicle in an ambush and set them on fire. The vehicle then burst into flames and was shortly destroyed. The vehicle's death marked the end of the Gnome wars.

Retrieved from "https://deadliestfiction.fandom.com/wiki/User:Guitarcar?oldid=311927"
Community content is available under CC-BY-SA unless otherwise noted.