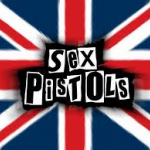 I maybe an eceentric and annoying to some, but I tell ya, nothing makes me smile than to spread information to everyone XD

Due to some bug in my wiki account, Fandom admins told me to delete all the threads that I have posted in this wiki and several others. Sadly this forced me to remove all of the threads I made in the DF, but hopefully I will be able to restore them. For now I'm posting some pictures as proof of my lost threads.

Retrieved from "https://deadliestfiction.fandom.com/wiki/User:Elgb333?oldid=310461"
Community content is available under CC-BY-SA unless otherwise noted.