I am a rollback, which means I am better than, not because I have a posistion that's higher than, but because I have a neat purple name. So get on your knees, pray for my mercy, and thank me for creating god. You're welcome. 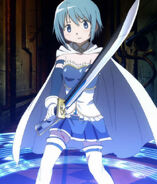 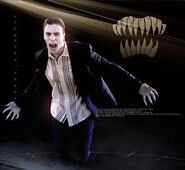 League of Extraordinary Gentlemen
Add a photo to this gallery 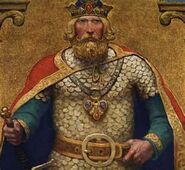 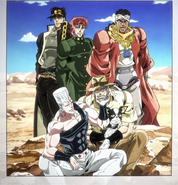 Phantomhive Household
Add a photo to this gallery

Name: Jessica Wilderson Age: 18 Gender: Female Appearance: Short brown hair, average build, brown eyes, 170cm tall. Bio: Jessica is a quiet, calm and curious girl who likes to spend time in nature. As a child she always used to wander around the woods, looking for pretty rocks, wild animals and sometimes she would even make a drawing or two of her surroundings, earning her the nickname of "Forest Girl". When she became older she would frequently camp in the forest. Close range: Bowie knife, used as tool and weapon Mid range: Naginata Long range: Composite bow Special: Nails, Jess carries around some nails in her pockets that she throws at the eyes of her opponents to blind them or at their feet so they will step on it and harm their feet, giving Jess a better chance to escape. Armor: Chainmail with steel plates that cover the heart, from front and back. The plates also cover her lungs. She wears a jacket over it to make the locations of the steel plates less obvious. Backpack: Canteen, strong rope, family foto, binoculars, 7 strips of beef jerky, rubbing alcohol, binding wraps, flint and steel. Pros: Keeps a cool head in stressful situations, tries to avoid conflict, is fast, agile and has good reflexes, knows how to survive in the forest, high attention to detail, sharp senses, is a somewhat experienced archer Cons: Not an experienced fighter, isn't as strong as most tributes, her curiosity gets the better of her sometimes.

De Ruyter was born in 1607 in Vlissingen, Netherlands, as the son of beer porter Adriaen Michielszoon and Aagje Jansdochter. Michiel's first become a sailor when he was only 11 years old, but left the navy to fight under the command of Maurice of Nassau against the Spanish during the Eighty Year War. He soon returned to sea, however. Michiel would work various jobs, as a merchant, and as navigator. It wasn't until he became a pirate hunting privateer when he earned the nickname of De Ruyter, or The Raider, something he frequently did. He eventually married Anna van Gelder and decided the time had come to retire. He bought a house in Flushing, but his blissful family life did not last long.

During the First Anglo-Dutch War, Michiel was asked to join an expanding fleet as a subcommander, while he initially refused, Michiel soon accepted. This marked the start of his journey to greatness but also started the events that lead to his death.

Michiel fought in several naval battles, earning several victories against the English, but sadly didn't prevent the English from winning to war, nor the death of his longtime friend and mentor Maarten Tromp. After the war, Michiel was offered the position of Supreme Admiral but refused out of respect to his lost mentor and to those who had more seniority than him.

In peacetime, Michiel hunted pirates like he used to before the Anglo-Dutch War. He was even able to spend some time with his wife and children. For a while, things seemed to return like they used to be, but it wouldn't be long until Michiel once again had to take arms up against the English.

During the Second Anglo-Dutch War, he sailed to the New World in an attempt to retake the lost colonies but failed. Despite not achieving his main objective he was able to capture several British merchant ships and significantly weaken their hold over the New World. Upon his return, Michiel was treated as a hero by the Dutch people but was saddened by the death of his friend and Supreme Admiral, Jacob van Wassenaer Obdam. Out of respect for his fallen friend and having finally enough experience Michiel accepted the offer to become the next Supreme Admiral.

Now possessing full control of the navy Michiel began to use exploitive strategies, earning the Dutch Republic several victories, even giving the British their biggest naval defeat in history. Thanks to his cunning the small republic managed to defeat one of the world's biggest empires, but also made him popular with the Dutch people which in turn earned him the distrust of the government. Fearing (unjustly) that Michiel would try to stage a coup, the government sends Michiel pirate hunting in the Mediterranian where he was killed during a fight with French privateers.

Michiel often values loyalty and kinship between himself and those under his command. While he holds the position as a Servant, Michiel prefers to work with rather than for his Master, this reflects in his habit of referring to people by name rather than by title. While he does view his Master as his equal, that doesn't stop him from giving advise, whether it be just about small daily things like how to talk to people about battle strategy. He is also very protective, often rushing headfirst into battle even if it means risking his own life. Despite being a skilled sailor, Michiel wishes nothing more to just settle down and have a quiet life with a wife children.

While begrudgingly fighting for Erwin at first, the young magus eventually grew on him and eventually viewed him as a part of his crew. He often finds himself giving advise to or counseling Erwin. Michiel cares a lot for his Servants well being, thinking that's it is his personal responsibility to make sure Erwin doesn't get hurt and can safely return home. Keeping with the same principals he had during life, Michiel prefers to refer Erwin by name instead of by "Master", this also extends to himself as well as other Masters, and Servants.

Born to the wealthy Van der Zwaan family, Erwin hoped to one day use his families' wealth to travel the world much like their ancestors did, sadly this didn't seem possible. Having gotten wealthy the Van der Zwaan family has gotten lazy and careful as well, much to Erwin's dismay who idolized his ancestors. In order to suppress what they saw as rebellious attitude, Erwin's parents frequently locked him up in his room and homeschooled him. This seemed to have the opposite effect as Erwin only grew more and more interested in the outside world as he began to hate his house, as well as his parents.

During his early teens, he mostly read books on history, magic, and various kinds of fiction. He also took his time mastering their family crest, being the only one in years to unlock all of the elemental familiars. When he became 18 years old Erwin finally escaped his overprotective parents and travelled the world as a vagabond, while most would be eager to return to the safe and comfortable surroundings a mansion would offer, Erwin finally felt happy in the open world, even if he only had his familiars for company.

The more he travelled the world the more he realized that one day he would run out of places to travel to. After getting word of the Holy Grail, Erwin summoned his Servant and joined the Holy Grail War, hoping that by winning the war he would not only be able to travel the world, but also other dimensions.

Despite living on the street Erwin is surprisingly jovial and happy. Often striking up conversations with random people he just met on the street. He rarely stays in one place for long as he intends to see as much of one town or city as possible before moving onto the next one. Despite his friendly attitude, he is very slow to trust other people (perhaps as a result of his upbringing).

Elemental Spirits: Like mentioned earlier, Erwin's ancestors were explorers, and one of the many treasures they found during their travels was an ancient Chinese crest which allowed them to summon and use the power of a Taoist elemental spirit, Erwin, having studied it for a very long time, is able to use all four spirits. When used as familiar the spirits actively seek out and attack anything that poses a threat to their master, if a spirit is killed Erwin needs to rest and recharge his mana in order to summon it again. Alternatively, Erwin could absorb the spirit and take its power for his own. Only one spirit (power) can be used at a time.

Erwin usually carries a backpack filled with food, bottles of water, maps, various books about various kinds of subjects (mostly about history and geography), and various kinds of currency. He also carries a swiss army knife in his pocket, but other than that, that's all he has on him.

Despite the fact that the purpose of the war is to kill enemy Magi and Servants, Erwin rarely looks to fight, preferring to keep his head low and hide while the others fight it out. When he does encounter an enemy he rarely involves himself in the fight, preferring to let Michiel and his familiars do the work, though he will involve himself in the fight when backed into a corner. Having in-depth knowledge of Paris' layout, he uses his knowledge to look for hideouts, he switches hideouts every 12 hours. When resting, he lets Michiel and one of his familiars patrol the area.

1.85m with an average built, messy brown hair and beard, blue eyes, and is 23-years-old. He wears a dirty grey shirt and jacket, green pants, and brown sneakers. Since he's a vagabond all of his clothes are torn and dirty.

A wisecracking, memetic Dutchman, Appelmonkey seeks to uphold the status quo and defend Tatsu to his last breath. Additionally, he would never be caught dead fighting alongside his long-time Spanish rival, El Alamein.