Make sure to read the guidelines before posting.

Bowser: King of the Koopa's who tries to take over the Mushroom Kingdom.

King Dedede: King of Dreamland who is Kirby's Rival.

Bowser: King of the Koopa's who tries to take over the Mushroom Kingdom.

King Dedede: King of Dreamland who is Kirby's Rival.

There's A Zombie Killer In All Of Us...Mob of the Dead vs Call of the Dead!

Two of Call of Duty's Zombie teams will face off against one another in a glorious blaze of pistols, SMGs, Assault Rifles, Explosives, Wonderweapons and Perks...

Let the dead rise...I dare them.

The nearly unkillable Knight vs the Giant Lord of the Rocks

When these two beings of evil enter the ring, only one will emerge victorious.  Aku or Trigon

The Man-horse vs the Mounted Medieval Mauler

The first and exiled former Padawan of Darth Vader , Ahsoka Tano against the Mechanic Führer of the Nazi Regime, Adolf Hitler (Wolfenstein 3D) , they will fight themselves until only one of them survives on the battlefield...

WHO IS THE MOST DEADLIEST?

Battle of the GOD TRICKSTERS! The God of the NEW World Light Yagami aka Kira goes against the World's Greatest Con Man John Constantine, Hellblazer!

In the world of Sci-Fi, two of the most premiere franchises are Star Wars and Halo. Two of the most deadly type of soldier will now fight. The Advanced Recon Commando, the most elite varient of the clone troopers fight the Sangheili, the backbone of the Covenant military. WHO IS DEADLIEST?!

What happens when the Soviets and GDI forces meet? That question has yet to be answered. 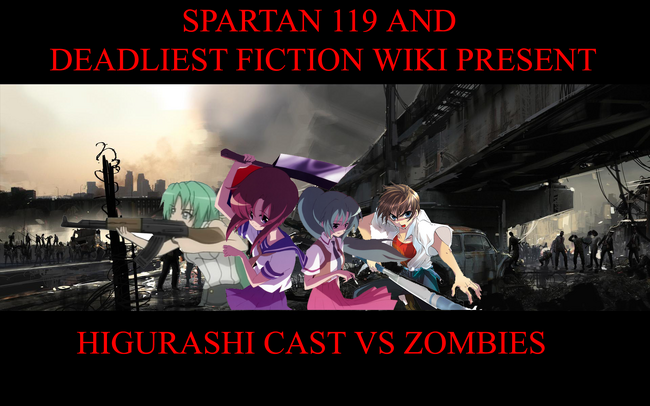 Mion Sonozaki, Shion Sonozaki, Keiichi Maebara, Rena Ryuguu, Rika Furude, and Satoko Houjou, six residents of a small town in Japan, sometimes driven insane by a local disease, but in the end, they over come the disease and uncovered the dark secrets behind their town.

But will they survive when another virus turns everyone else in their hometown in to undead flesh eating horrors?

When worlds collide, Scorpion and Ghost Rider will meet eachother on the battle field.  Only one will emerge.....

Bitterman vs Duke Nukem vs Doomguy vs The Ranger

It's a battle between the 4 greatest legends from the early days of FPS gaming. They have gone through a great ordeal having fought and won against their foes single-handedly but which one is the toughest of the lot?

Bitterman, the lone space marine who single-handedly took down a Strogg military and assassinated their leader...

Doomguy, the space marine from Mars who saved humanity by going to Hell and back...

Duke Nukem, an ordinary US citizen who went on a gun-toting rampage to fend off the world from an alien invasion...

The Ranger, the space marine who traversed multiple dimensions and faced the horrors within...

The Agency (Invisible Man) vs Anonymous

When a cyborg faces the powered armor, the gears will fly! Two famous sci-fi heroes collide in a battle where only one man survives!

The Invasion of Stroggos begins...

Leading the first counteroffensive manoeuvre will be the Mobile Infantry, super tough humans who have survived their ordeal with both the Bugs and the Strogg during their invasions of Earth

Will Rico and his men be able to stop the bloody madness at the heart of the enemy? or will the Infantry go down in a blaze of glory only to become one of them?

The Infected. Vs Bestiary

Zombie's one of mankinds most Dangerous Enenmy What make it worst is when they Mutated Into Something of Pure Horror.

But in the end there can only be one Zombie Horde they can win WHO IS DEALIEST !!!

The Joker vs. Green Hornet

The clown-faced megalomaniac, also the arch-enemy of Batman, The Joker!

The alter-ego of Britt Reid, the masked vigilante that is...The Green Hornet!

They have different styles of combat and different ways to cause controversy.

Niko Bellic, the Serbian war veteran, trying to live the American dream, while seeking a revenge for what happened during the war.

well, I'm new to this wiki so this is my first battle.

it's the IRA against the Medellin Cartel

Vladimir Lenin, the leader of the November Revolution of 1927 and founder of the USSR vs Mao Zedong, the man who defeated the Kuomintang and converted China to the Communism. In this new battle, they must fight themselves until only one of them survives...

WHO IS THE MOST DEADLIEST?!

Chitauri vs Stormtroopers, who is deadliest vote now! voting closes in two weeks!

Kyle Katarn, the most famous New Republic mercenary now the most toughest Jedi Knight in the galaxy against Galen Marek (AKA Starkiller), the Secret and overwhelmingly powerful Sith apprentice of the infamous Dark Lord of the Sith Darth Vader. The votation period will be closed on Friday 29 August of 2014.

Who is the deadliest archer?! This is my first battle so if you have any suggests that would be great

Wolverines vs. The Woodbury Army

We've got two rebel leaders of humanity's f**ked up future. Come on down and vote!

Let the battle unfold between the Chinese army of Liu Bei & the Roman Army of Septimius Serverus!

SCP-096, a near-indestuctable entity that hunts down all who look at its face.

SCP-076 vs The Dragonborn

SCP-076, the Ancient Sumerian warrior who seeks out the most challenging fights even beyond death.

The Last Dragonborn, the warrior with the soul of a dragon that seeks adventure in the lands of Skyrim.

WILL THE LAST DOVAHKIIN TAKE OUT THE SUMERIAN BERZERKER?

It's the battle between Old School and Modern School!

SCP-049, a plague doctor who seeks to purge mankind of the "Great Pestilence", one human life at a time.

Frankenstein's Monster, a patchwork man brought back from the grave who only seeks love and acceptance. 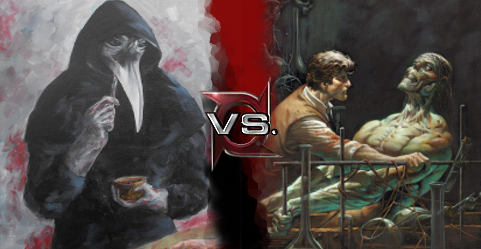 WILL THE PLAGUE DOCTOR TAKE OUT THE UNDEAD PATCHWORK MAN?

It's the battle of fictional carnivores!

It's the battle between two technologically-advanced-gun wielders!

A clash between two warriors from a huge gap of ages!

Koko's Squad- A group of bodyguards from around the world, hired to protect Koko Hekmatyar wherever she does business.

Ghost Recon- An elite team of U.S. army special forces operators, outfitted with advanced technology to combat any threat to the U.S. and her interests. 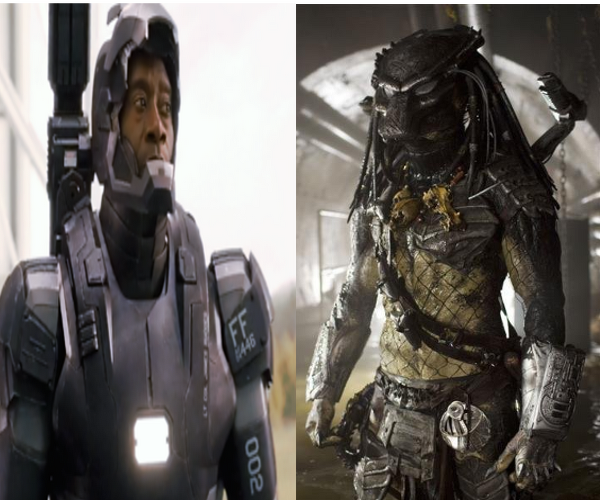 War Machine (MCU), the fully armed and armored best friend of Tony Stark, AKA Iron Man, who is a new member of the New Avengers!

Wolf (AVP: R), the elite Yautja who has killed the Xenomorph-Yautja hybrid beast, the Predalien and cleared the Gunnison Xenomorph outbreak!

Get ready to route for the small guy...

The leader of the Wrecking Crew takes on the Scourge of the Twin Galaxies!

In this battle of mayhem-makers...

This is the Season 1 Finale! This is huge, it's time to end this debate between soul sucking demons! This is a battle between the Soul-Suckers, or the Dementors versus the Nazgul or the Ringwraith. http://deadliestfiction.wikia.com/wiki/User_blog:Weew1213/Dementor_vs_Ringwraith_%22Soul_Sucking_Demons%22_(Season_1_Finale) Weew1213 ([[User

Hello, after along hiatus, I have returned to the warfront to present a battle between one of pop culture's greatest outlaws against one of the prohibition era's greatest hitmen in [[2]]

Your votes would be greatly appreciated!

Will the Sith Lord prevail over the Ultimate Mutant?

The Caped Crusader/The Dark Knight, Batman, goes against the bearer of the mantle of Khonshu, Moon Knight.

The 30s Spider-Man of the Great Depression era takes on the Mandalorian leader of the Death Watch!

Or will the white beast devour the Goliath?

In this battle between monsters...

Will the ferocious militants of Africa slaughter the anonymous terrorists? Or get wiped out by the white-masked Angels of Death?

The Rhyming Prince of Hell takes on the First Super-Skrull!

Will the Demon incinerate the Skrull with the sheer might of Hell...

... or will the Super-Skrull show him the ruthlessness of the Skrull Empire?